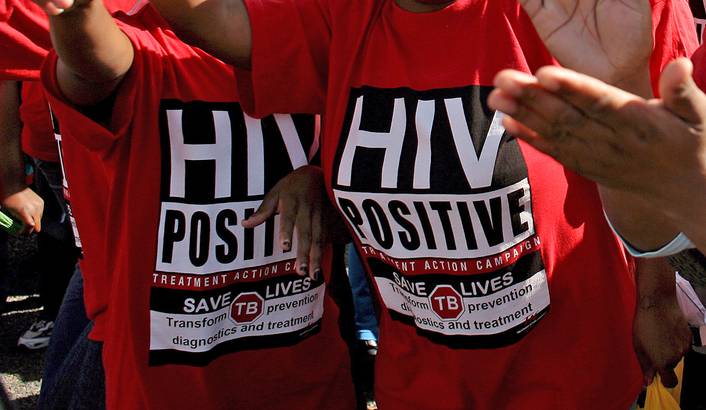 What Do AIDS 2016 in Durban And Integrated Development Have In Common?

As FHI 360 and the global health community prepare to travel the “Road to Durban” to the 21st International AIDS Conference (AIDS 2016), it is poignant to reflect on how far we have come since the AIDS 2000 meeting held in Durban, South Africa. I recommend taking the time to read a recent message from the conference organizers titled, The Return to Durban: A Critical Moment in History.

After reading the piece, I was reminded of what a critical role the entire development community, including organizations like FHI 360, has played in the global response to HIV. I am inspired every day to witness how the broad global response has rallied around the concept of building on the available evidence and advancing integrated development solutions — which is why we continue to make real and sustainable progress in battling HIV.

As part of FHI 360’s deliberate approach to advancing integrated development solutions, we will be hosting a summit June 13, 2016, in Washington, DC, titled, Greater than the Sum of its Parts: The Power of Integration. The event will be a space for innovative thinking, learning and dialogue that will focus on the “how” to achieve the Sustainable Development Goals. The discussions will include global development leaders and practitioners, policymakers, donor organizations and other change-makers.

I fully expect that the discussions at FHI 360’s integrated development summit in June and AIDS 2016 in July will create new energy throughout the development community. This energy will be translated into the action required to meet the global targets to end the HIV epidemic and other major issues affecting our world. Many sectors will join these conversations.

We are at a critical moment in history, and FHI 360 is proud to have a seat at the table, connecting research to practice to create positive change in communities worldwide. FHI 360 programs continue to integrate approaches that both fight HIV and contribute to ending poverty, hunger and inequality — resulting in improved health everywhere. 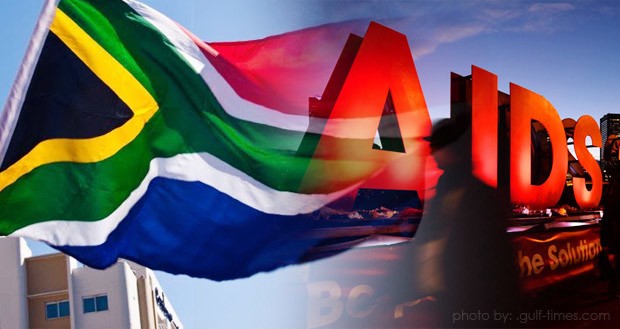 Appointment of Inter-Ministerial Committee on the 21st International AIDS Conference

South Africa will host the conference from 18 to 22 July 2016 in Durban, KwaZulu-Natal and it will be an opportunity to mark progress made in fighting the AIDS epidemic.

The IMC will therefore ensure the planning and success of this momentous occasion.

The IMC members comprise the following:

Minister in The Presidency for Planning, Monitoring and Evaluation Mr Jeff Radebe – Chairperson

Minister in The Presidency for Women, Ms Susan Shabangu

The circus is coming to town – end the Rhetoric, start the Revolution

In two months the international AIDS jamboree will arrive in Durban for a four-day conference on the state of the global AIDS epidemic (www.aids2016.org). The last conference was in 2014. It took place in Australia, about as far away as you could imagine from the frontline of the AIDS epidemic. Unsurprisingly, it made little mark. This one takes place in its vortex.

Lest you think otherwise, South Africa (and parts of the rest of the world) is still in the midst of a socially devastating HIV and related TB epidemic. In his budget speech on May 10 the Minister of Health, Aaron Motsoaledi, reported great progress since the dark years of Thabo Mbeki and Manto Tshabalala-Msimang. But he also reminded South Africans that in 2014, 140,000 people still died of AIDS; 7,000 children were born with HIV, and every week, 2,500 young women and girls were infected with HIV.

In the context of South Africa, KwaZulu-Natal, where the conference will be held, remains in the eye of the epidemic’s storm. According to the Health Systems Trust 2014/15 Health Review (a vital conference-goers’ guide) in KZN in 2014 there were 951,000 people on ARVs out of a total number of people living with HIV of more than 1.6-million. More than 180,000 people were recorded as AIDS sick. This one province has more people living with HIV than almost any country in the world.

These are just numbers and it is unlikely that delegates to the AIDS conference will witness the acute social conditions that are driving this epidemic – generalised poverty, inequality and high rates of violence, including sexual violence. Treatment Action Campaign and SECTION27 all too frequently receive requests for help regarding horrific sexual violence in schools.

The unemployment rate among all young people is over 50%; nearly 500,000 children in KZN live in households where there is no employed parent; 19% of children in the province experience hunger and almost as many children as we prevent being infected with HIV may be dying of acute malnutrition. Think of that during your conference cocktail parties.

These social determinants of ill health are the pathways of new HIV infections.

The 2016 International AIDS conference takes place at a time when the global AIDS response is floating around in a sea of highfalutin rhetoric. The challenge we face is to overthrow this rhetoric and turn it into a concrete, plain English (or plain-any-language) agenda about what precisely needs to be done to curtail HIV in the next phase of the global response.

The last international AIDS conference took place in Durban in 2000. That was the conference of Zackie Achmat, Edwin Cameron, Nkosi Johnson, 5,000 TAC marchers and a moral clamour that antiretroviral medicines (ARVs) had to be made available to the poor of the world. It is widely agreed that what happened in those five days changed the course of the global AIDS epidemic.

When the conference came to town in 2000 the burning issue was access to life-saving ARV medicines. According to the Draft Zero Political Declaration on AIDS 22-million people still need access to ARV treatment. This is still a critical issue. It is a sad fact that globally there are as many people who would benefit from ARV medicines now as there were people infected with HIV in Africa in 2000.

Could there be a more urgent issue than getting these people on to treatment? I would hazard to say yes, there is a bigger issue and it is a more complex one. Unless we can put properly trained, properly paid health workers into well functioning public health systems, the mid-term future of the response to HIV, and with it millions of lives, looks bleak.

Why? To continue the prescription of medicines to 15-million people already on treatment and to add another 20-million people requires strong public health systems. Without enough doctors or nurses, lay counsellors or community health workers, there are no health systems. Already the statistics are showing that the government’s failure to deal decisively with the employment of lay counsellors and community health workers will have an effect on adherence and HIV testing.

Just consider for a minute the facts on the nursing shortage in South Africa:

This problem is replicated all over Africa and the developing world. According to one 2013 report:

What are we going to do about this? That is the question.

Apart from AIDS a lot happened politically and economically between 2000 and 2016. The chickens of the financial boom of the early 2000s came home to roost. In particular the 2008 global financial crisis, which started in the US, began to shift financial flows away from public goods like health and HIV into propping up profligate banks and mopping up carbon emissions. The globe didn’t change but global priorities did. Peter started to be robbed for Paul, even though Peter still had HIV. One consequence is that public health systems, on which the vast majority of people depend, have been weakened all over the world. The Ebola outbreak in West Africa was a harbinger of what happens when society allows health systems to collapse. With much sound and fury, the West responded with plasters.

It is this system weakness that we must find a way to address and it starts with human beings, who are needed to make a health system run.

In the last 15 years AIDS activists have been able to mount enough pressure to demand funds and time frames for life-saving drugs. There has been a revolution that has saved millions of lives.

The question is can activism now do the same for health workers?

The health worker crisis has to move beyond hand-wringing piety, high-level workshops and academic papers. It must be taken over and owned by the people who need health services and imposed on those who are meant to to govern on our behalf. We should demand from the World Health Organisation the pooling of financial resources for the education and training of new and existing health workers, a million newly-trained health workers a year by 2020, academies for community health workers, and serious attention to issues like infection control.

This agenda needs urgent research and engagement over the two months before the Durban AIDS circus comes to town. If we don’t address it we might as well attend as the clowns.

Finally, one other word of warning. At conferences like these, stars always descend from the galaxy. Beware false prophets bearing purely bio-medical “solutions” to the HIV crisis. In the last 20 years we have learnt how to partly control HIV medically. Human rights frameworks have been taken at their word and successfully used by activists to demand access to treatment for millions of people who would otherwise have died. We now know that this has given HIV prevention a huge bounce.

But we have not controlled or even tamed the social and political determinants of HIV, particularly the overlapping inequalities on which it thrives – gender, education, access to health care. That ultimately is why we are failing with HIV prevention.

A better response to HIV needs a better world.

To change this the fourth decade of the response to AIDS requires that activists and scientists with courage ally with and join struggles for meaningful democracy, gender equality and social justice. Activists must insist on equal quality education, investment in girls and plans backed by money to stem chronic hunger and malnutrition.

Politically we must push back against corruption and the tyrants who benefit from it, whether we find them in the US, China, Uganda or South Africa.

That is the only road to “the end of AIDS”. This is the agenda we integrate into our assessment of scientific progress, and these are the issues on which we must demand results.

Durban is a chance to show our colours. DM

This is the first in a series of articles the NSP Review (www.nspreview.org) will publish fortnightly in run-up to the AIDS Conference. We respect no holy cows. If you have something to say write to thom@section27.org.za

He was a South African child, who greatly influenced public perceptions of the HIV and AIDS pandemic and its effects at age 12. He was the longest-surviving child born HIV-positive. He would be 31 Years Old Today. Happy Birth Day Nkosi May Your soul Rest In Peace.